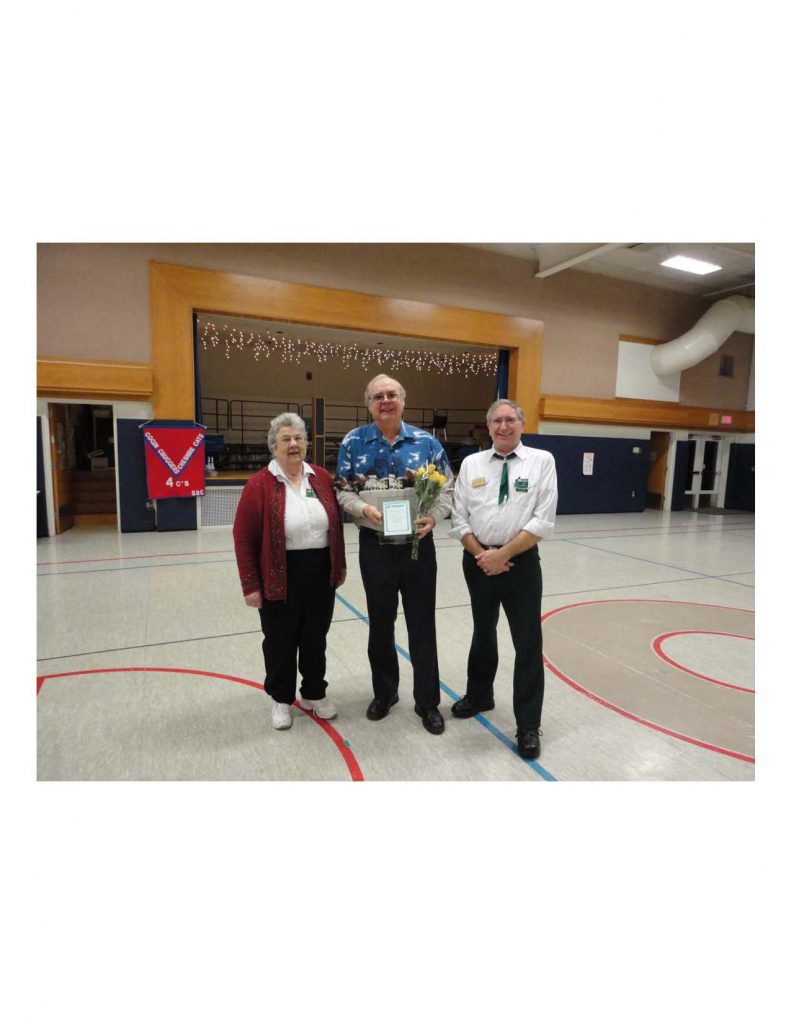 Bruce & Lucinda McCue
October 14, 2011
We are here today to present the Local Legend Award to Bruce and Lucinda McCue who have dedicated over 50 years of service to the Square Dance community.
The Local Legend Award was established to honor those individuals and couples who have advanced the goals of the Square Dance Foundation of New England by their actions within their local areas over the years. These goals are the promotion, preservation and perpetuation of the square and round dance activity.
Bruce and Lucinda, by their spirit and dedication, have exemplified the meaning of leadership in the Square and Round Dance Community. Bruce spent his early years listening to Callers while his parents were advisors to a teen club.   In 1961, at the advanced age of 7 years, Bruce began calling. As of this year, 2011, Bruce has been calling for 50 years.
Bruce attended a Caller School at East Hill Farm in Troy, NH and learned from some of the icons of Square Dancing, Earl Johnston, Jim Mayo, and Al Brundage. Bruce and Lucinda enjoyed their time at East Hill Farm so much, they continually run two Square Dance weekends at the farm every year.
Bruce is half owner of Silver Sounds Records with Jack OLeary and they have recorded numerous Square Dance Records. When not recording, Bruce and Lucinda are working and Calling at the New England Square Dance Convention and many Connecticut Festivals. Bruce has taught over 100 new dancer classes and has been the Club Caller for a dozen or more Square Dance Clubs and has taught a number of teen clubs. Additionally, Bruce has been a member of the Connecticut Callers Association for 40 years and has served as an officer of the association.
The Square Dance Community is extremely fortunate to have couples and individuals, like Bruce and Lucinda, who give so generously of their time and talents to support and perpetuate the legacy of square and round dancing in New England. So, it is with great pleasure that we give this years Local Legend Award to Bruce and Lucinda McCue.
With heartfelt appreciation and gratitude,
Bob and Barbara Graybill
Local Legend Committee Chairman
of the Square Dance Foundation of New England