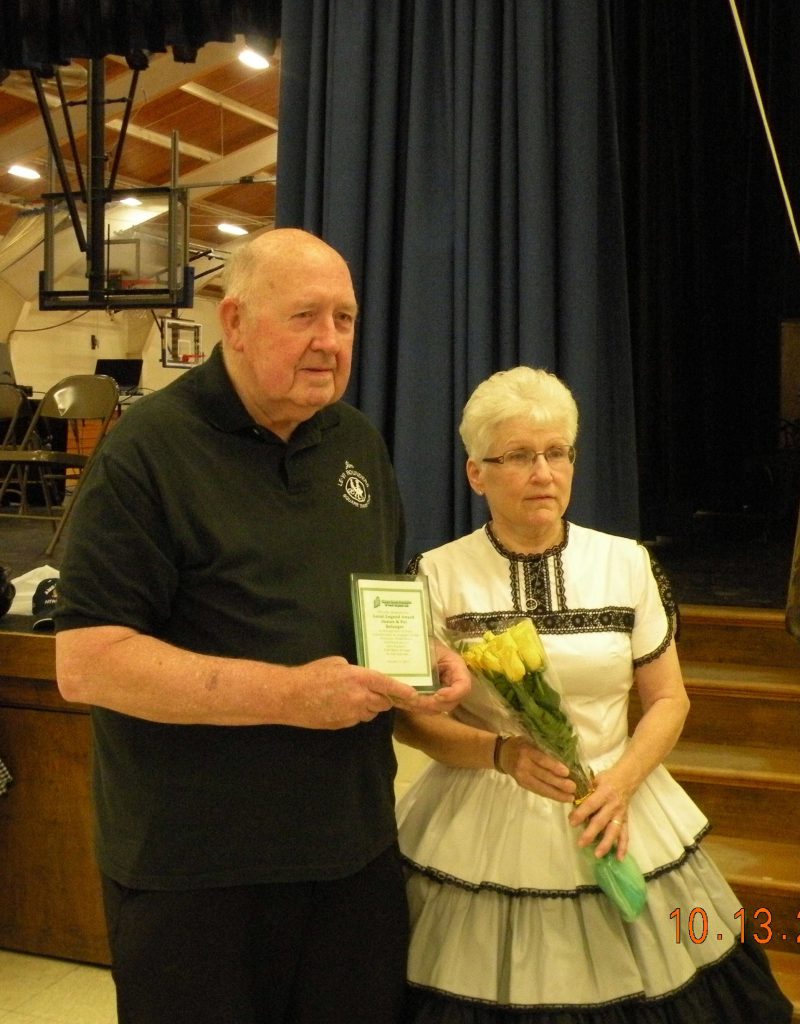 The LOCAL LEGEND AWARD was established to honor those individuals and couples who have advanced the goals of the SQUARE DANCE FOUNDATION OF NEW ENGLAND by their actions within their local areas. These goals are the promotion, preservation, and perpetuation of the square and round dance activity.
James and Pat, by their spirit and dedication, have exemplified the meaning of leadership in the Square and Round Dance Community. James and Pat started dancing during the 1960s and enjoyed it so much that James became a caller during the 1970s.
James has been the Club Caller continuously for the Le-Vi Rounds since 1979. Not only has James been calling the dances but he has been running at least 1 and sometimes 2 classes each year. Pat has been right at his side all of that time, Angeling the classes and helping with all the myriad details required of the Caller.
James and Pat have traveled the length and breadth of Maine and New Brunswick, Calling dances and promoting Square Dancing. They served as the Sound Chairmen for the New England Square and Round Dance Convention in Bangor in 1996 and 1997. James has also called at numerous other New England Conventions. I am sure that had medical issues not intervened, James would still be out there, traveling the country side, Calling dances and showing his love and devotion to the activity we all enjoy so much.
The Square Dance Community is extremely fortunate to have couples and individuals, like James and Pat, who give so generously of their time and talents to support and perpetuate the legacy of Square and Round Dancing in New England. So, it is with great pleasure that we give this years Local Legend Award to James and Pat Belanger.
With heartfelt appreciation and gratitude,