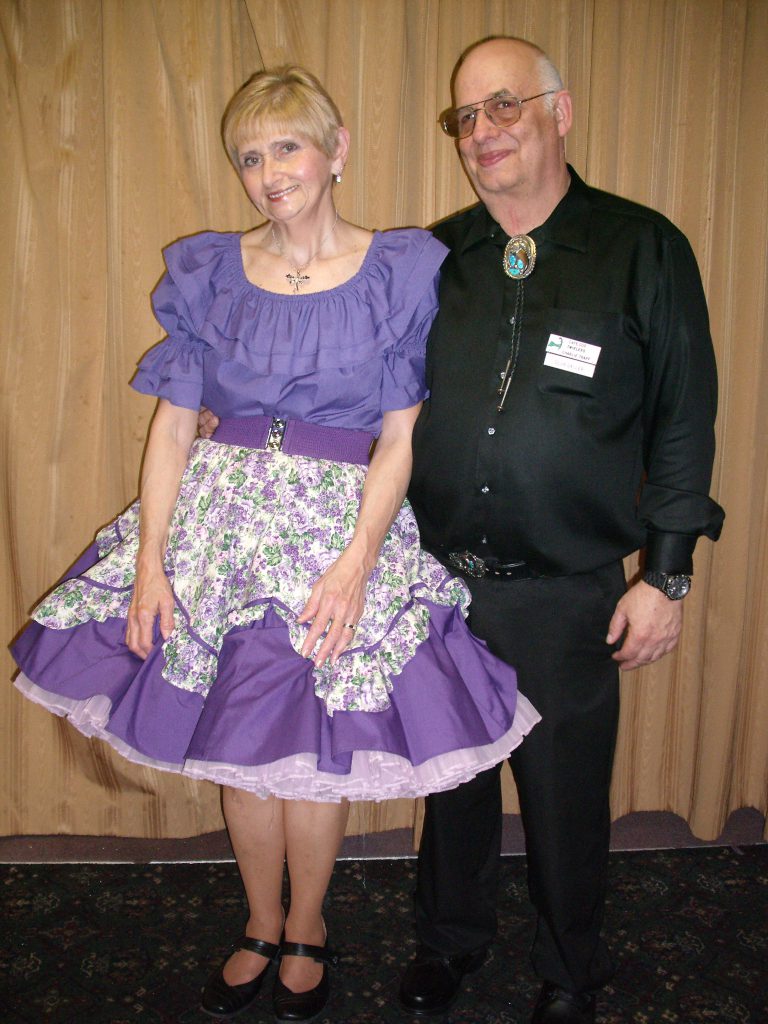 Charlie started round dancing with Don & Hope Sargent and square dancing with Jack Bright in 1966 and started calling in 1968.  Over the years he has taught classes at the Happy Squares, the Waltham Twirlers, the Ramblin Hoedowners, the Nauset Squares, the Nautical Twirlers, Kramers Hayloft, the Fan-C-Squares and many other clubs. He has always been available for benefit dances including the Yearling Dance, the Teen Carnival, SEMCA, and the SDFNE. Charlie has attended a number of Caller Schools and learned from the best: Skip Smith, Kip Garvey, Earl Johnston, Al Brundage, Jack Larsy, Jim Mayo, Ron Schnider, and others. He has continued his education with Clinics with Clint McLean, Vaughn Parrish, Ed Foote, Bob Gambell, Dick Jones, Elmer Shefield and many, many others. All of this education resulted in Charlies 29 successful Square Dance Weekends at the East Hill Farm. Charlie joined the Old Colony Callers Association in 1968 and served the organization as President, Vice-President, and Education Chairman. He has served as President for the past 15 years. Charlie has also been a member of the Narragansett Callers Association serving as President, Vice-President, NECCA Delegate, and Education Chairman. He is also a Callerlab Member since 1979 and has served on the Callerlab Advanced Selection Committee ever since. Charlie has called at every New England Convention since 1972, every SEMCA dance but one since 1970 and called at the 1977 and 2015 National Square Dance Conventions. Thru all of these events, Paula has been at his side.  Literally married at a Square Dance 43 years ago, they had 14 squares in attendance with Red Bates calling. Their marriage to each other and to square dancing is an inspiration to all of us. Charlie and Paula have dedicated themselves to the Preservation, Promotion and Perpetuation of Square and Round Dancing in New England.