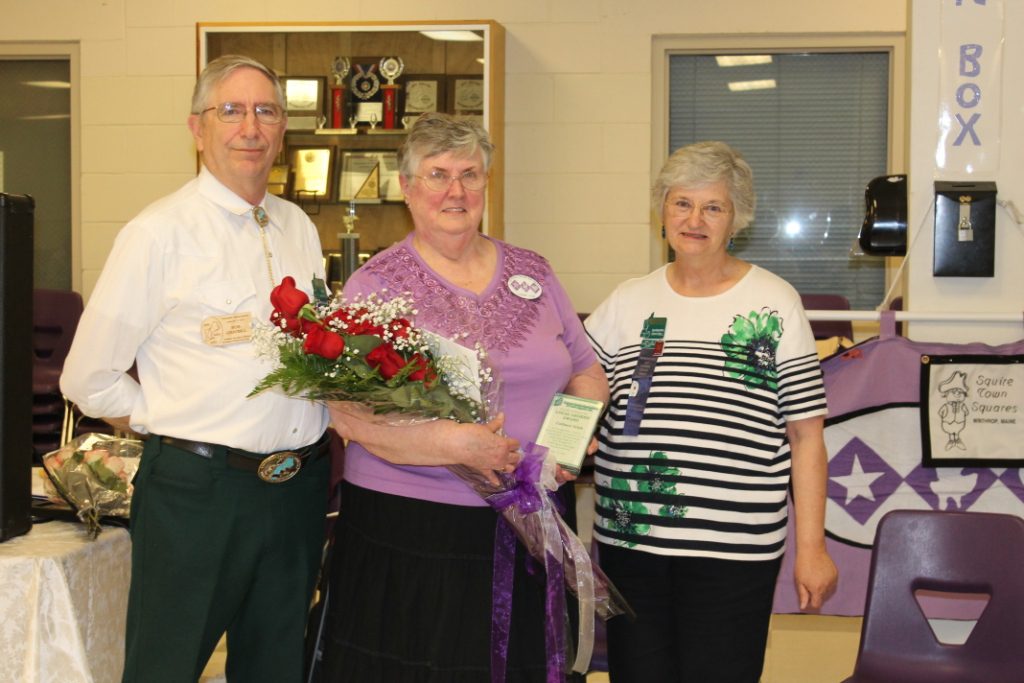 The LOCAL LEGEND AWARD was established to honor those individuals and couples who have advanced the goals of the SQUARE DANCE FOUNDATION OF NEW ENGLAND by their actions within their local areas. These goals are the promotion, preservation, and perpetuation of the square and round dance activity.

Colleen Irish fits right into that special group of people who give their all for what they believe in. In 1993, Colleen and her husband Gene graduated from not one, but two square dance classes. After graduating, Colleen was elected club treasurer and served in that capacity for four years. She went on to become the club president and served until the early 2000’s when Gene became ill. During the difficult times of taking care of Gene, Colleen developed a club newspaper, The Scoop, and is still compiling and printing it today.

After Gene’s passing, Colleen put her heart and soul right back into the square dance activity. She went on to serve three terms as club Vice-President, five terms as Dance Program Chairman, three additional terms as Club President, and at least 4 years as the Club Secretary. That means Colleen has been promoting, preserving, and perpetuating square dancing for at least 22 years.

In 2008, Colleen recognized a need to centralize the dance schedules of all Maine Clubs. She contacted all Maine Club Presidents and arranged a meeting. Out of that meeting in 2009, with Colleen’s leadership, the Maine Federation of Square Dance Clubs was formed. Colleen has served as the facilitator of this group ever since.

The Square Dance Community is extremely fortunate to have couples and individuals, like Colleen, who give so generously of their time and talents to support and perpetuate the legacy of square and round dancing in New England. It is with great pleasure that we give this year’s Local Legend Award to Coleen Irish from the Central Maine Squares and the Maine Federation of Square Dance Clubs.

With heartfelt appreciation and gratitude,