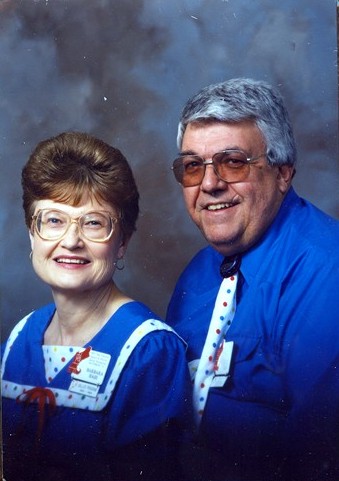 Dave and Barbara Hass have been involved in square dancing as long as they have known each other. Dave began calling while still in high school and soon was teaching students in the school how to dance. A year later he was teaching their parents and had formed his first club, the Belltown Squares. It was the first of four clubs that he and Barbara have started. Dave has been a member of the Connecticut Callers and Teachers Association for more than fifty years and has held every office in that organization.

Dave has held many offices in the New England Council of Callers Associations and is currently the Vice Chair of the New England Square and Round Dance Cooperation Committee. He has been an active member of CALLERLAB since 1975 and the Hass’s are Life Members of the Square Dance Foundation of New England. They have organized and taken part in a wide variety of square dance events. These include camping weekends at Papoose Pond in Maine, square dance resort weekends at East Hill Farm in New Hampshire, a cruise on the QE II and a trip for a bus load of dancers to the Worlds Fair in New York.

For most of his calling life Dave also managed his own insurance business. He and Barbara will have been married fifty years this year. They have three children and two grandchildren of their own. They have also provided a home for nine foster children. Dave has been active in the Masons and has served as chairman of the Youth and Family Services Board in East Hampton, Connecticut.

The New England Square & Round Dance Cooperation Committee, acting on behalf of the Square and Round Dancers of New England is proud to present the Yankee Clipper Award to Dave and Barbara Hass.

GIVEN AT BIDDEFORD, MAINE